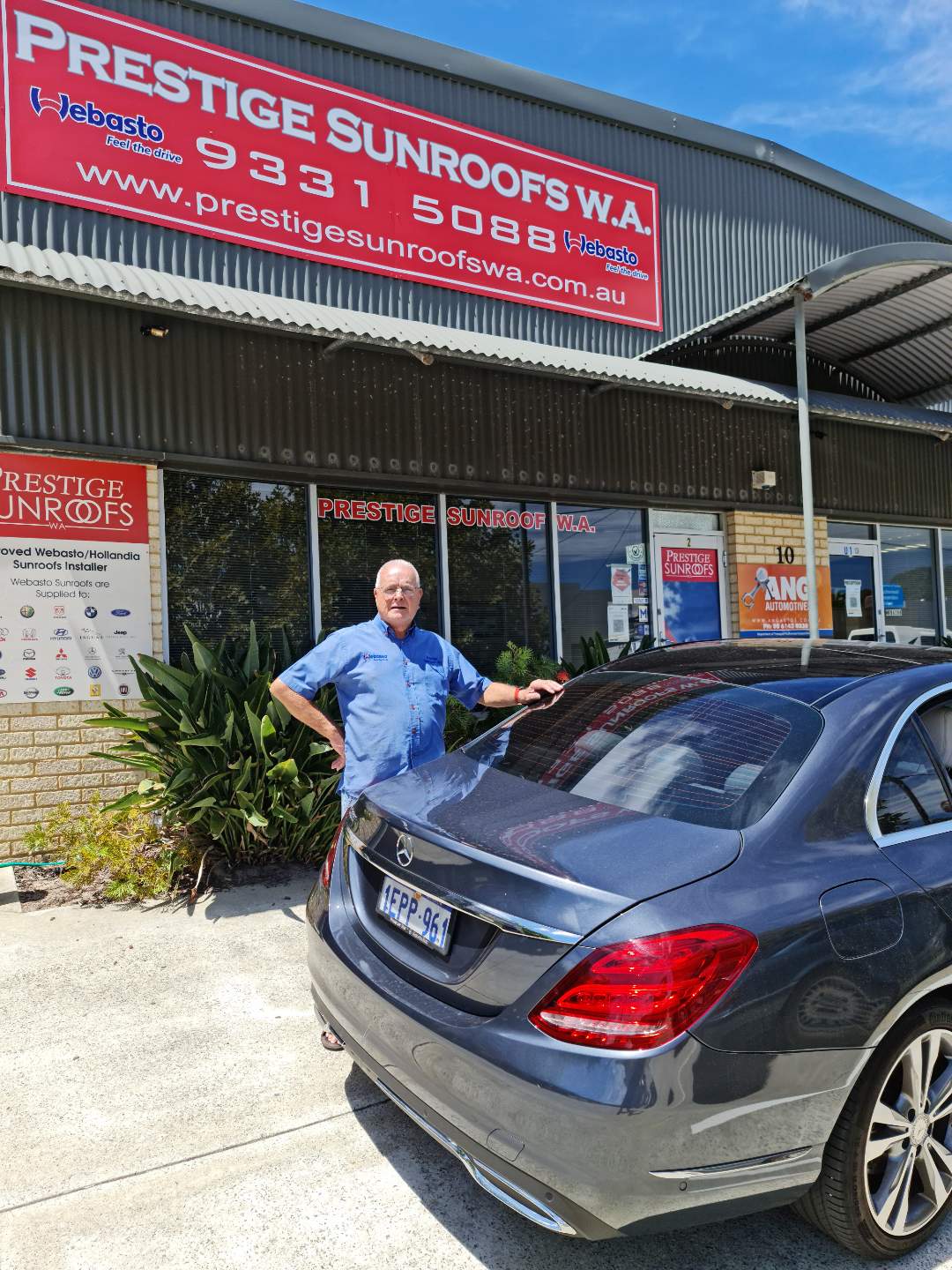 The vast experience and commitment to quality of Kelvin Parker, who was Manager of Prestige from its establishment in 1996, until he bought the business in 2006, is the reason Prestige became Western Australia’s only fully approved installer of Webasto Sunroofs, the undisputed leader in the field.

This experience has enable him to become the Leader in Sunroof repairs in WA.

Formally qualified as a mechanic, Kelvin also trained in the Panel Beating, Spray Painting, Trimming and Auto Electrical trades. In 1979, he established the Vinyl and Sunroof Centre in Bromley, Kent near South London, U.K. Using his expanded skill base, he soon became the uncontested principal supplier and installer of sunroofs for London and the South East.

From the industry’s earliest days, Kelvin has overseen the evolution of the Sunroof, installing every type and Repairing, from the very first folding vinyl ‘ragtops’ through to the present ultra modern, tinted glass models with all the latest electronics that even close the Sunroof automatically at the touch of rain.

Webasto are undeniably the best. And Prestige Sunroofs WA, with Kelvin in charge, is undeniably Australia’s most experienced installer. JUST ASK THE DEALERS

We’re able to repair many Factory Sunroofs that even the Dealers are reluctant to Repair, they just replace the Complete Sunroof, in many cases that’s very expensive and unnecessary, the BMW X3 & X5 are a good example as well as the E36 & E46, Subaru Forester also have few parts that are available, we know what are the common problems with most Sunroofs .

Another BMW we are seeing a lot of is 535GT with a Panoramic Sunroof with the Blind that breaks.

Another Vehicle which is having Big Problems is the Mercedes C180 & CLC 200 Coupe also with a Panoramic Sunroof the Newer 2014 C200  Sedan, we can repair these with Mercedes Parts at much less than the Dealers.

VW Tiguan has problems with the Panoramic Sunroof Blind in our WA Heat, the Blind separates from the guides & jams, Vehicles affected include the Tiguan & Passat.

Audi also use same design Blinds on the Q 5 & Q 7 also suffer from the same Problem.

Imported Japanese vehicles can also be fixed much cheaper than the Dealers.

Give the Sunroof Doctor a call today

Benefit from over 40 years experience – drop in today for free advice!